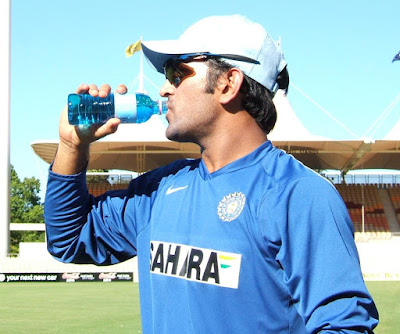 Mahendra Singh Dhoni got the Padma Bhushan award and became an 11th Indian cricket player who got this award.

MSDhoni awarded by the president of India Sri Ram Nath Kovind in Rashtrapati Bhawan with this award.

MSDhoni got this prestigious Padma Bhushan Award in an award ceremony held in Rashtrapati Bhawan New Delhi.
He took this award in force uniform and became very emotional and excited.


He thanked the army and said that he became 10 times excited after getting this Padma Bhushan Award.
“An honor to get this award in Uniform gets my excitement ten times fold.

MSDhoni thanked all men, women and other family members of armies.

He also thanks to all fans who love cricket and Dhoni.
Just after a few days, IPL 2018 is going to start. This award must increase the power of Dhoni who is also known as Mahi.

Thanks for coming to my blog and if any questions please comment.