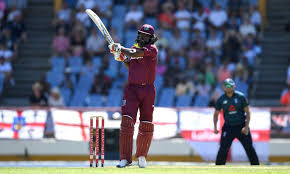 Hi friends, I’m Gyan Ranjan. In this blog post, You’ll get WI vs Eng 5th ODI highlight 2019 highlights. It was an interesting match of England tour of West Indies 2019.

West Indies won the toss and opt to bowl first.

The performance of the England team in this match was totally opposite of his capacity. England lost all the wickets at 113 runs in 28.1 overs. This is the team that had scored 418 runs in 50 overs in 4th ODI of this series. Oshane Thomas dismissed half of England team. He got 5 wickets in this match. Only two of England’s batsmen could cross 20 runs. Alex Hales and Jos Buttler scored the 23-23 runs.

Windies had a little score to chase. And Chris Gayle was in form. So it was so easy for Windies to win this match. Chris Gayle played again a fantastic inning of 77 runs. He faced only 27 delivery and smashed 5 boundaries and 9 sixes in his inning of 77 runs. Windies got the winning target in 12.1 overs for the loss of 3 wickets. West Indies scored 115/3 and won this match by 7 wickets. It was WI vs Eng 5th ODI 2019 highlights with the help of which West Indies could level the ODI series by 2-2. Chris Gayle becomes the man of the series.

West Indies leveled the ODI series of 5 ODI matches by 2-2 with the help of the great performance of man of the series Chris Gayle.

Share and write your valuable comments. It will be helpful to develop this blog according to your need and interest.
Asia Cup 2018.