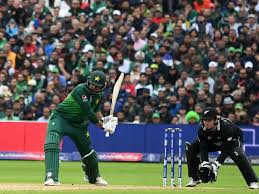 The 33rd match Pak vs NZ ICC World Cup 2019 has been played Edgbaston, Birmingham on 26 June 2019. It is most important to win this match for Pakistan to get a step towards the semi-final. Know live cricket score and all about Pakistan v New Zealand World Cup 2019 cricket match.

New Zealand won the toss and opted to bat first.

New Zealand’s start was very bad. New Zealand lost the wicket of Martin Guptill in 2nd over of the inning. Guptil could score only 5 runs while he is the highest scorer (237) of the ICC Cricket World Cup. New Zealand lost his 5th wicket in 27th over at only 83 runs. But thereafter, James Neesham and Colin de Grandhome played the great innings and reached the total score to 237/6 in 50 overs. James Neesham scored 97 runs with the help of 5 boundaries and 3 sixes. Colin de Grandhome 64, Kene Willamson 41, and Colin Munro supported with 12 runs. Shaheen Afridi bowled very well in this Pak vs NZ ICC World Cup 2019. He got 3 wickets for 28 runs in 10 overs. Mohammad Amir and Shadab Khan got the 1-1 wicket. Colin de Grandhome lost his wicket as a run-out. New Zealand could score only 237/6 in 50 overs due to the best performance of Pakistani bowlers.

Pakistan lost the wicket of Fakhar Zaman in the 3rd over. But Babar Azam and Haris Sohail played great cricket for Pakistan. Babar Azam scored a century for him and valuable runs for Pakistan. It was his 10th ODI century. They reached their team to win. Imam-ul Haq 19, Mohammad Hafeez 32, and Haris Sohail scored 68 runs. This win is the one step towards the semi-final for Pakistan. Pakistan scored 241/4 in 49.1 overs and won this Pak vs NZ ICC World Cup 2019 by 6 wickets.