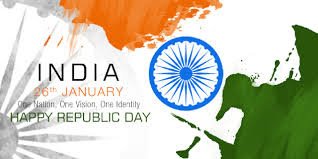 Why Republic Day is celebrated on 26 January

Why 26 Jan was chosen for Republic Day in India?

It was the date 26 January in 1930, when Indian national congress had proclaimed the declaration of Indian Independence (Purna Swaraj). It was done to oppose the dominion status offered by the British Regime. Indian constituent assembly adopted the constitution on 26 November. But it came into effect on 26 January 1950. It was the transition towards becoming an independent Republic.

India obtained its independence from the Indian independence Act 1947 on 15th August 1947 as a constitutional monarchy. The country constitution was based on the Government of India Act 1935. So India was needed the permanent low of a constitution. A drafting committee was appointed to draft a permanent constitution on 28 August 1947. Dr. B. R. Ambedkar was the chairman of this committee. 308 members of the Assembly signed to the hand-written copy of the constitution submitted by the drafting committee on 24 January 1950. It was 26 January 1950 when it came into action all over the nation. Dr. Rajendra Prasad became the 1st President of Independence and Republic of India.

The celebration of Republic Day

The main function of Republic day is held in New Delhi at Rajpath before the President of India. The main attraction of the Republic Day is the Parad organized by the Ministry of Defence on this occasion. By which India shows its Defence capacity, cultural and social Heritage.

A Beating Retreat ceremony is conducted on the evening of 29 January by the wings of the Indian military( Indian Army, Indian Navy, Indian Air Force) in Raisina Hill.

President Sukarno of Indonesia was the first guest on Republic Day in India in 1950. Governor-General Malik Gulam Muhammad of Pakistan was the 1st guest for a parade at Rajpath in 1955. President Cyril Ramaphosa of South Africa is a chief guest in the Republic Day ceremony 2019. You can get more information from Wikipedia

Share and write your valuable comments. It will be helpful to develop this blog according to your needs and interest.